This is the eighth in a series on Franklin’s moral improvement plan, the rest of the posts are available here.

SINCERITY: Use no hurtful deceit; think innocently and justly, and, if you speak, speak accordingly.
– Franklin

To some extent, many competitive sports rely on subterfuge and deception. Hockey has its deke moves, basketball its pump fakes, boxing its feints, rugby its dummy passes. Baseball, no less than any of these other sports, has it’s share of deceptive practices.

The president of Harvard (and editor of the Harvard Classics) William Eliot once said of the university’s baseball team, “…this year I’m told the team did well because one pitcher had a fine curve ball. I understand that a curve ball is thrown with a deliberate attempt to deceive. Surely this is not an ability we should want to foster at Harvard.” Eliot, however, is in the minority; most people appreciate and applaud a ball player who is especially adept at deception. It is part of the game, as they say.

Another sneaky part of the game is stealing signs. The catcher uses hand signals to communicate with the pitcher, and if an a base runner is able to intercept those signs, he may gain valuable information for his team. And it is generally accepted that there is nothing wrong with stealing signs.

However, a few weeks ago the Boston Red Sox got caught using an Apple Watch to communicate stolen signs, and that burned some people up. It’s fair enough to have a player steal signs from the base paths, but to use video cameras and electronic messaging is something else entirely. For one thing, a catcher may change his signs when an opponent is on base, making the signs themselves part of a game within the game. But what adaptive measures could the catcher use against video cameras and wireless messaging? It takes an aspect of the game away from the players and puts it in the hands of nameless support staff. For another thing, it converts a relatively rare advantage into a constant. Traditional sign stealing only happens when a runner is on second base, but the use of video makes it possible to steal signs on every single pitch.

The line between admirably clever and despicably devious  is not always easy to spot, but when somebody steps well and truly over that line, he draws well deserved ire. 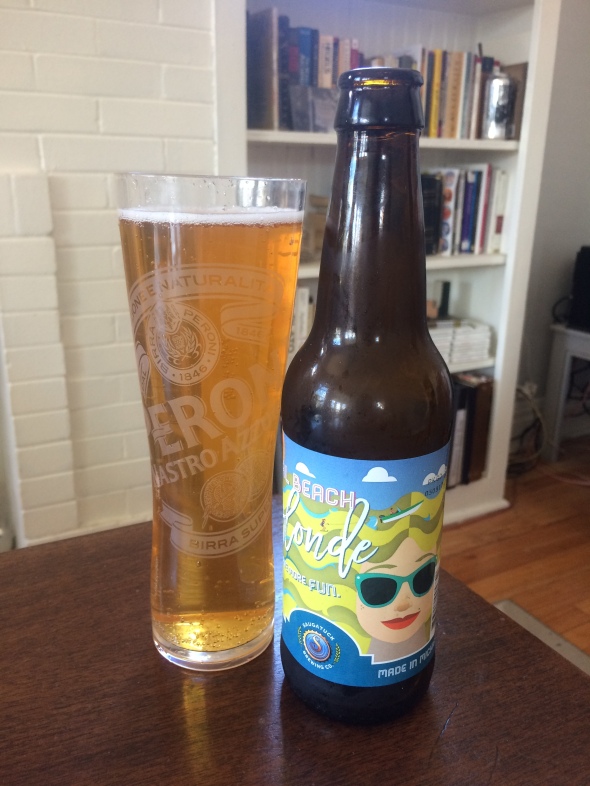 Beer of the week: Oval Beach Blonde – Summer is technically over, but a late heat wave has kept this summer blonde enjoyable. Oval Beach is a beautiful blonde brew from Saugatuck Brewing Company in Michigan. The beer is just a bit tangy, and has a nice malt body. A very refreshing choice.

Reading of the week: The Alexiad by Anna Komnene, Book I, Chapters X & XI – As in sport, military leaders are often praised for deception, but only up to a point. A well laid ambush is considered laudable, but if the ambush is baited with a false truce, it is considered villainous. This excerpt describes some of the acts of Robert Guiscard. Anna Komnene clearly thinks that Robert overstepped the bounds of decency, but history knows him as “Robert the Resourceful”.

Question for the week: Is there really a fair distinction between clever deception and devious deception? Or is all deception equally admirable/reprehensible? (Kant may suggest an answer.)