This is the ninth in a series on The Harvard Classics; the rest of the posts are available here. Volume IX: Cicero, Pliny the Younger

“None but those who are skilled in painting, statuary, or the plastic art,” writes Pliny the Younger, “can form a right judgment of any performance in those respective modes of representation.”

This statement can be reduced to the universal statement that the ability to perform is a necessary prerequisite for the ability to judge a performance. To some extent, this claim seems intuitively true. But it is not necessarily so.

Roger Ebert was an extremely popular and well-respected film critic. But did his ability to judge acting and filmmaking come from his own skill as an actor and filmmaker? I think not. Clearly, a great deal of effort was put into studying the art of film, but not necessarily study of the practice of film.

Similarly, one could imagine a great student of the visual arts who, due to some physical disability, is unable to paint. Without ever putting brush to canvas, such a student could still know well every theory of color, composition, and aesthetics. What could keep such a person from being a great judge of paintings?

Even if it is not strictly necessary, at least some practice in any given art is helpful for truly appreciating all of the skill required to excel therein. Knowing first-hand how difficult it is to become competent may provide valuable perspective on what must go into works of real genius.

My single attempt at brewing beer was not exceptionally successful, though it was far from a failure. I would not claim to be skilled in brewing. Yet I consider myself competent to form a judgment about beers brewed by others. At the very least, I can form the most important judgment of all: do I like it enough to have another? 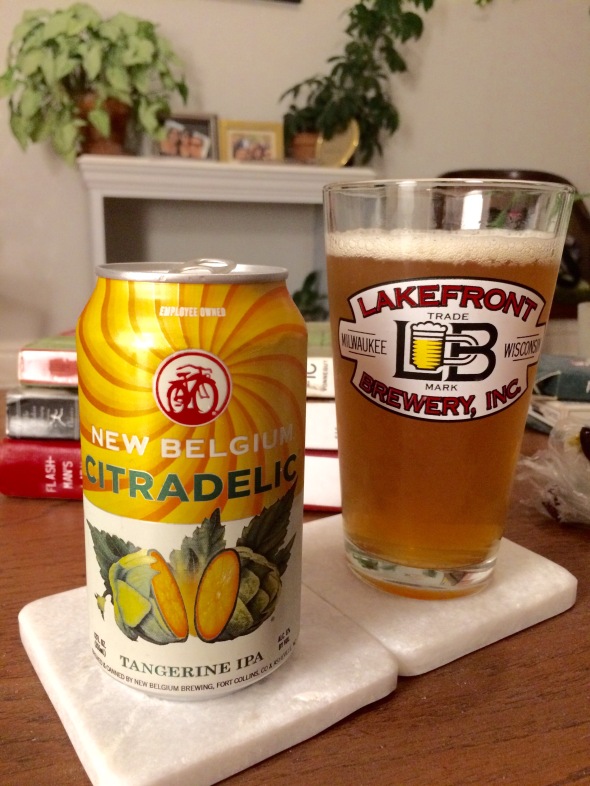 Beer of the week: Citradelic Tangerine IPA – The aroma of this New Belgium IPA is overwhelmingly of tangerine. The flavor is much the same, but with the lingering tingle of citrusy hops. It is enjoyable, but you have to really like tangerines.

Reading of the week: Letter to Attius Clemens by Pliny the Younger – This letter is primarily a glowing recommendation of a contemporary philosopher known as Euphrates the Stoic. Unfortunately, none of Euphrates’ work has survived.

Question for the week: Pliny’s statement about judging the arts assumes that there actually is “a right judgment” of art. Is that a valid assumption?

The Impressionists That I Get

Not so long ago, I took a two month vacation to travel across Russia and explore Europe. Naturally, there were a number of amazing sights and adventures. I spent seven straight days on a train. I was detained at the boarder between Belarus and Poland. I went down the Danube in a high-speed catamaran. I was physically accosted by Spanish protesters. I held a 3,000 year-old Athenian coin in the palm of my hand. (I am still awestruck at the idea that Socrates or Plato or Aristophanes might have held that very coin. And then, presumably, spent it on wine.) And, of course, I drank a lot of beers.

The beers I drank in Europe ranged greatly in quality, even in within each country. In Russia most of the beer was not great, but once I accidentally bought kvass (a beer-like soft drink brewed from rye bread.) It was delicious. In Austria and Belarus I happily drank liters of local beer in small restaurants while noshing on delicacies such as blood sausage and stuffed potato pancakes dripping in oil. In England I drank pint after pint of real cask ale, as well as pint after pint of cheap lager mixed with cider. And Belgium… well, words can’t even describe it.

But my appreciation for beer was well honed before my trip. My appreciation for fine art, however, was severely lacking. Sure, I visited the great churches and cathedrals in every city I visited and was thoroughly stuck by the beauty of the architecture and decor. It wasn’t until Amsterdam, though, that I really started looking at the art. After a night of throwing back Heinekens with an Australian backpacker, I decided that I should see the works of Van Gogh. To my dismay, the Van Gogh Museum was closed for renovations. This was a blessing in disguise, so to speak. Because the museum was closed, most of the paintings were on loan at The Hermitage Amsterdam. So instead of just seeing the works of Van Gogh, I got to see an outstanding exhibition of the Hermitage’s impressionist paintings side-by-side with contemporary works in more traditional styles preferred by the French Academy.

In a single day, I learned more about fine art than I’d ever known. Monet, Laurens, and Renoir were transformed from “painters I’d heard of” into real people expressing deep and meaningful scenes across the ages. Works that I recognized from posters or book covers were suddenly put into their proper context. And by placing the works of the impressionists next to those of their contemporaries, I finally saw how impressionism was more than just a new style, it was a movement.

After that day I was hooked. From Amsterdam I went to Paris then on to Italy, spending hours and hours in their amazing museums. (musea?)  Don’t get me wrong; I am still no expert. As much as I loved seeing all of those amazing works, I am still mostly ignorant about fine art. In fact, when I got to the Raphael Rooms in the Vatican, I realized my greatest accomplishment as a student of art: I had seen original works by each of the Teenage Mutant Ninja Turtles. 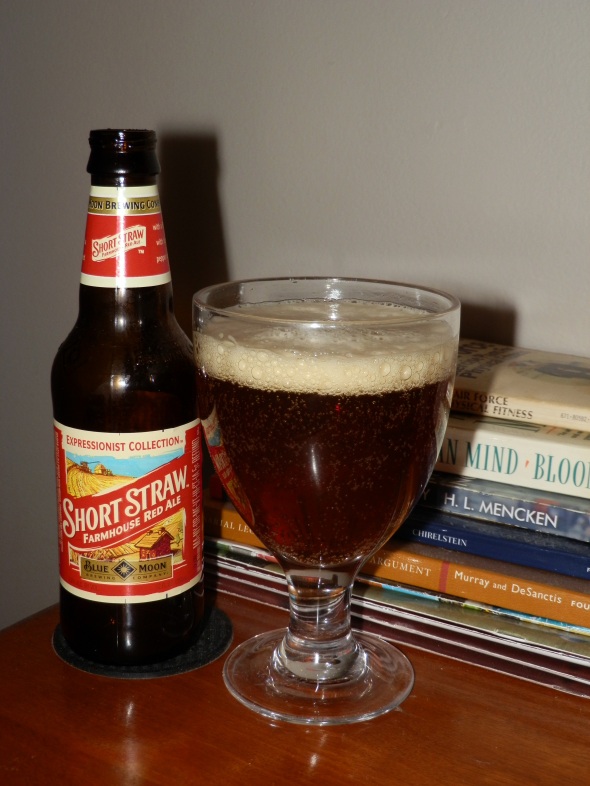 Beer of the week: Short Straw Farmhouse Red Ale – This beer is part of the “Expressionist Collection” from the Blue Moon Brewing Company. The label is pretty obviously inspired by Van Gogh. If I remember the brochure from the museum, Van Gogh is considered “post-impressionist” rather than “expressionist.” But I don’t really know what that means, so I’ll just review the beer. Blue Moon beers are brewed by MillerCoors, but mass-production does not always mean low quality. Unlike Blue Moon’s signature Belgian White, this beer is reddish-amber in color and very clear. The carbonation level is rather high (as the picture shows.) The aroma is a bit yeasty and floral. The taste is quite good. It is a little on the sweet side, but that is balanced nicely by a tart finish. The bottle mentions that the brewers use hibiscus, coriander, and white pepper. It may just be a trick of psychology, but after reading the label I found that I did taste a hint of pepper, especially on the back of my tongue. Overall, I think this is a pretty good beer.

Paintings of the week: Impressionists and Their Contemporaries: Six-Pack of Paintings – In lieu of a reading this week, I have selected a few of the paintings I was lucky enough to see on my trip. I have followed the Hermitage’s idea of placing impressionist paintings alongside roughly contemporary neoclassical and romantic paintings. Pour yourself a beer and really have a good look at these paintings. Notice how Renoir, Monet, and Pissaro present scenes that are absolutely complete, even without the extreme detail of the paintings by Gérôme, David, and Laurens. Marvel at the mastery Laurens had over light and shadow. Seriously, spend some time looking at each. When the David painting looks as blurry as the Renoir, you’ve had enough to drink.

Question of the week: Aristotle and others have philosophized on aesthetics. Horatio Greenough was both a sculptor and essayist on the subjects of art and architecture. And of course, Leonardo da Vinci did everything. Are there any fine artists who are also well known for their philosophic writings?