This is the fiftieth post in a series on The Harvard Classics; the rest of the posts are available here. (Volume L contains the introduction, reader’s guide, and general index, and will therefore be addressed out of order in the final post of the series.) Volume LI: Lectures

Consider a town with a plot of land dedicated to grazing sheep. Every townsperson has free access to the land, and may graze as many sheep as he has. As ideal as this may sound, the town soon runs into a problem; the grass, it turns out, is a finite resource. The townspeople each realize that they individually reap the benefit of grazing their sheep on the public land, while the cost of doing so (in the form of depleted grass) is borne by everybody. This leads to overgrazing, if only because someone will conclude that overgrazing is inevitable, so he might as well beat his neighbors to it. In the end, the common resource that could have been advantageous to everyone is ruined.

This problem is known as the tragedy of the commons, and is familiar to most people. Because people see what the want to see, it has been used to justify policies ranging from privatizing natural resources, to nationalizing them.

One possible “solution” results in another problem: the tragedy of the anticommons. Suppose the townspeople, worried about overgrazing, change the rules for using the commons. Now, any use of the commons requires unanimous approval from the townspeople. They soon find that some people favor changing the commons from sheep pasture to cattle. Others prefer that the land be used for goats. The town vegans form a bloc to oppose all animal husbandry on the commons. Because there are so many stakeholders, it becomes a practical impossibly to negotiate any use for the commons. Rather than the land being overused, it is now underused because no consensus can be reached.

The Gordon Lightfoot song The Wreck of the Edmund Fitzgerald is an example of the tragedy of the anticommons. When a television producer approached Lightfoot about using the song in an episode of his show, Lightfoot only agreed on the condition that the producer also get the approval of all of the families of the victims of the shipwreck. The producer quickly realized that the transaction costs associated with tracking down and negotiating with 29 families would be prohibitive. Because too many people had a say in the conditions under which the song would be used, the producer wrote a similar song, and The Wreck of the Edmund Fitzgerald did not get used at all. 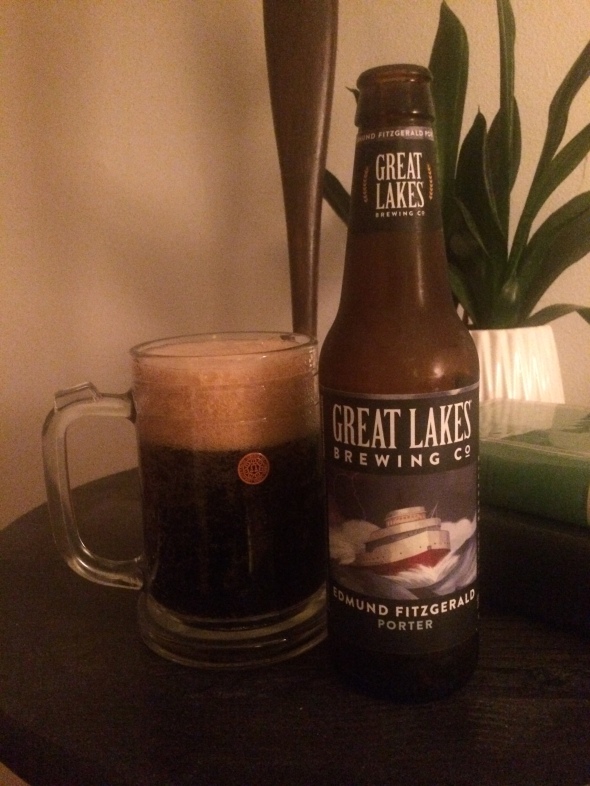 Beer of the week: Edmund Fitzgerald Porter – This brew from Great Lakes Brewing Co. is anything but a wreck. The aroma is similar to Guinness, but the flavor and mouthfeel are both more substantial. The beer is a little bitter, a little sweet, and a lot delicious.

Reading of the week: Law and Liberty by Roscoe Pound – The lectures included in the Harvard Classics set are almost entirely by then-contemporary Harvard professors. Roscoe Pound was a professor of jurisprudence at the time, but went on to become dean of Harvard Law. As a prominent educator and as a thinker who deeply engaged with the history and philosophy of the law, Pound would arguably have a case for inclusion if the Harvard Classics were to be updated today. This essay discusses the history of law and personal liberty in a way that may be helpful for understanding the conflicting individual and social interests at stake in the case of the commons.

Question for the week: Would a best solution to the problem of the commons include some sort of payment to those townspeople who do not have sheep and, therefore, do not use the commons? Or would would payments to non-shepherds amount to an undesirable incentive to not raise sheep?