One of the great debates in the history of mathematics was that between Isaac Newton and Gottfried Leibniz. Newton had invented (or discovered, if you please) calculus, but did not publish any works on the subject. Some time thereafter, Leibniz also invented calculus, but he had his work published. Newton accused Leibniz of having stolen his idea, while Leibniz maintained that he had reached his conclusions independently.

It is possible, of course, for separate individuals to discover or invent the same methods independently. (In nature, an analogous process exists called convergent evolution, and it is freaking awesome.) Perhaps the most important aspect about language is that it allows humans to advance technologically. Because Leibniz was able to write down his method for calculus and share it with others, every future mathematician is spared the effort of inventing calculus herself.

And this is true of more than just mathematics. How many times must the wheel have been invented, lost, and reinvented until it was effectively passed down to enough people that we will never again have to re-invent the wheel? Likewise, beer may have been independently invented at various times around the world, but if every new batch could only be brewed by re-discovering fermentation, how could we ever have achieved the tremendous selections of beers available today?

The fantasy of an individual human in the state of nature (totally outside of society) is a popular notion. It features prominently in the philosophical works of Locke, Rousseau, and others. It also appears in fictional works such as Kipling’s Jungle Book and Defoe’s Robinson Crusoe. A philosophical and fictional book that is an excellent example of the theme is Philosophus Autodidactus (or Ḥayy ibn Yaqẓān) by Ibn Tufail. The main character of that book is a foundling that is nursed and raised by a female deer. Over time, this man outside of society is able to discover a great deal about the world. But while the story is meant to show the capacity of humans to learn from their surroundings, I think that it unreasonably downplays the greatest advantage that we have when it comes to learning: the ability to learn from others so that each individual does not have to re-discover everything that has previously been learned before he can go any further. 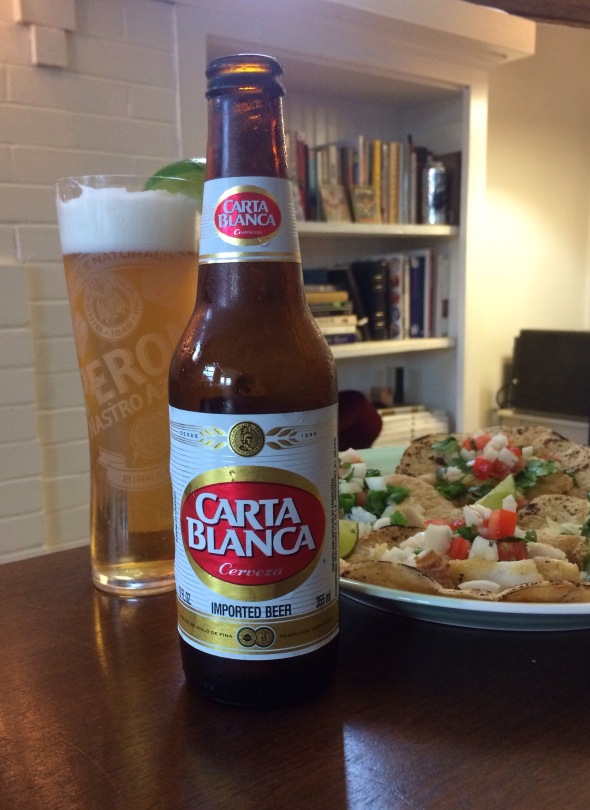 Beer of the week: Carta Blanca – Ibn Tufail’s writing is steeped in the epistemological concept of “tabula rasa”, a Latin phrase meaning “blank slate.” So it seems that Carta Blanca (Spanish for “white/blank card”) should be a good pairing. This Mexican beer is pretty good for what it is. It is a clear, refreshing lager. And, like so many Mexican beers, it really shines with some salt and lime. And home-made fish tacos.

Reading for the week: Philosophus Autodidactus by Ibn Tufail – Considering the fact that this book is about an entirely self-taught man, it is somewhat ironic how much of an influence it has been on so many important thinkers in the generations after it was first published in the early 12th century. In this excerpt, the title character learns about fire and performs crude experiments in biology.

Question for the week: Ibn Tufail’s character discovers not only a great deal in the field of natural philosophy, but he also discovers the precepts of natural religion. How far could an intelligent individual get if he had to start accumulating knowledge independently from the beginning?