This is the second in a series of four posts on Epicureanism (and South American beers.) The rest of the posts can be found here.

Many Roman gravestones bear the epitaph: Non fui, fui, non sum, non curo – I was not, I was, I am not, I don’t care. This sentiment is a natural consequence of Epicurean materialism. To Epicurus, each living person is simply a particular assemblage of atoms. Before we existed, our atoms were parts of other combinations. After death, our atoms will separate and form new combinations. When there is no more life, there is no more person. All that remains is the atoms. Death means nothing to dead people because there are no dead people, only decaying bodies.

But what about the living? The dead may not care about death, but why shouldn’t we? “Whatever causes no annoyance when it is present, causes only a groundless pain in the expectation,” Epicurus writes. “Death, therefore, the most awful of evils, is nothing to us, seeing that, when we are, death is not come, and, when death is come, we are not.” 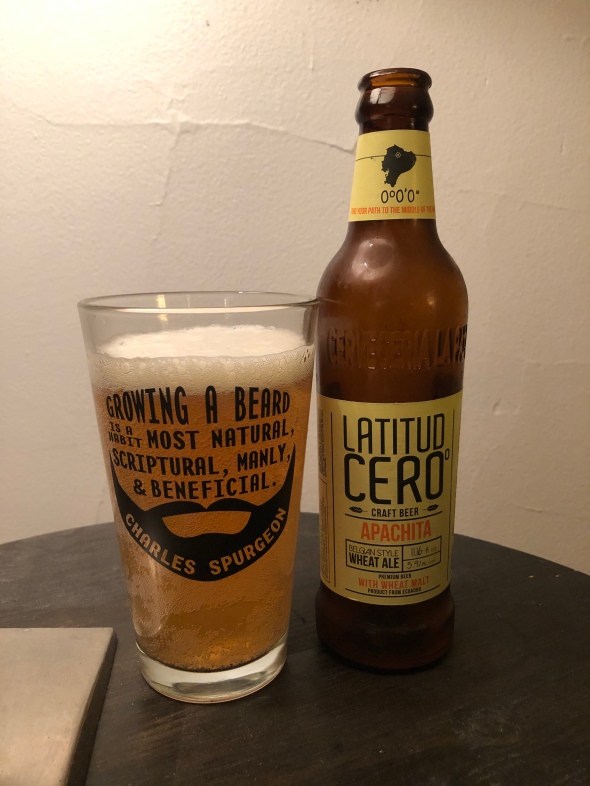 Beer of the week: Latitud Cero° Apachita – This Belgian-style wheat ale comes from Ecuador’s La Paz Cervecería. The Latitud Cero° line of beers is named for the fact that the beer is brewed on (or at least very near) the equator. Apachita is a slightly hazy golden beer. It’s got notes of banana in the aroma, and tastes a bit of banana taffy. Apachita is smooth and delicious, if a bit sweeter than I’d like.

Reading of the week: Letter to Menoeceus by Epicurus – Epicurus was an extremely prolific writer, but very little of his ouvre has survived. Three letters were preserved by Diogenes Laërtius. His letters to Pythocles and Herodotus (not that Herodotus) describe his physics and metaphysics. This letter describes his ethics.

Question for the week: It is actually reassuring to believe that there is nothing after death? Or is it distressing?