This is the twelfth in a series on The Harvard Classics; the rest of the posts are available here. Volume XII: Plutarch’s Lives

And when somebody asks me what I think the best beer nation is, I answer without hesitation: the US of A. Some other nations have more illustrious brewing histories. Others consume more beer per capita. But nobody produces a greater variety of quality beers than the US.

Once, I attended an “international food festival” in Seoul, Korea. A local friend of mine, on seeing the wide range of options said, “Of course there’s no American tent.” Har, har, har. American’s don’t have any national cuisine, and if they did, it’d be bad. “No,” I replied, “but in America, we don’t need to have an international food festival to have diverse options. In the States, you can get all of these cuisines all year round.”

The same is true of our beer. Even without considering the handful of distinctly American styles, it is worth noting that brewers across the country are constantly working on their versions of Belgian Doubles, Russian Imperials, and India Pale Ales. And with a country with such a wide range of climates and geographies, it is not surprising at all that some American grains and hops should be every bit as good as those grown anywhere else in the world.

Sure, the most popular American beers by volume are bland swill from huge international conglomerates. But some of the beer brewed by the big guys is actually rather good. And the sheer quantity of quality options available from smaller brewers is staggering. There are bad American beers and there are excellent American beers. The same is true of almost every nation. Ultimately, what matters far more than a beer’s origin is its quality. 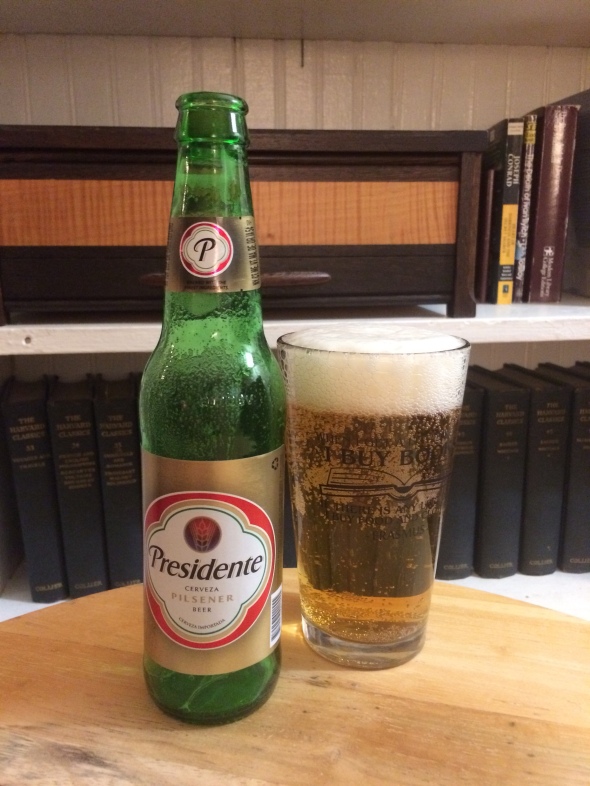 Beer of the week: Presidente Pilsener – This beer is a product of Cervecería Nacional Dominicana in the Dominican Republic; country 41 by my count. It pours gold with white, sticky foam. It has a standard adjunct aroma. The flavor is mostly of cheap grain, with plenty of carbonation. Presidente is refreshing, but not exceptional. It is a basic macro lager.

Reading of the week: The Life of Demosthenes by Plutarch – Plutarch tells us that he was from a small town and saw that as no obstacle to happiness or greatness. At least no obstacle to greatness of character. While it is difficult for those from obscure origins to attain substantial wealth or honor, virtue may well thrive in such places.

Question for the week: What nations would you rank as the 5 best beer nations?