This is the forty-sixth in a series on The Harvard Classics; the rest of the posts are available here. Volume XLVI: Elizabethan Drama 1

Part of the problem of deifying or vilifying political leaders is that each approach dehumanizes its subjects. History’s greatest and most powerful men were, after all, only human. None were gods; none were devils. To think of them as anything but human is misleading and dangerous.

The classic example is Hitler. He was a bad guy, to say the least. But to think of him as evil incarnate or some other non-human abstraction is particularly dangerous because it creates the false impression that such a man could not come to power again. By ignoring Hitler’s humanity, we lower our guard against the next Hitler, and perhaps inadvertently foster the conditions under which such a person may come to be.

For the same reasons, it is dangerous to deify leaders that we like. No matter who your favorite political figure is, that person is, underneath it all, an ordinary person. And like everybody else, that person is subject to passions, temptations, and personal flaws. And when a political hero is a living person, there is the dangerous temptation to grant them unlimited power on the assumption that they can and will wield it with superhuman competency and trustworthiness. 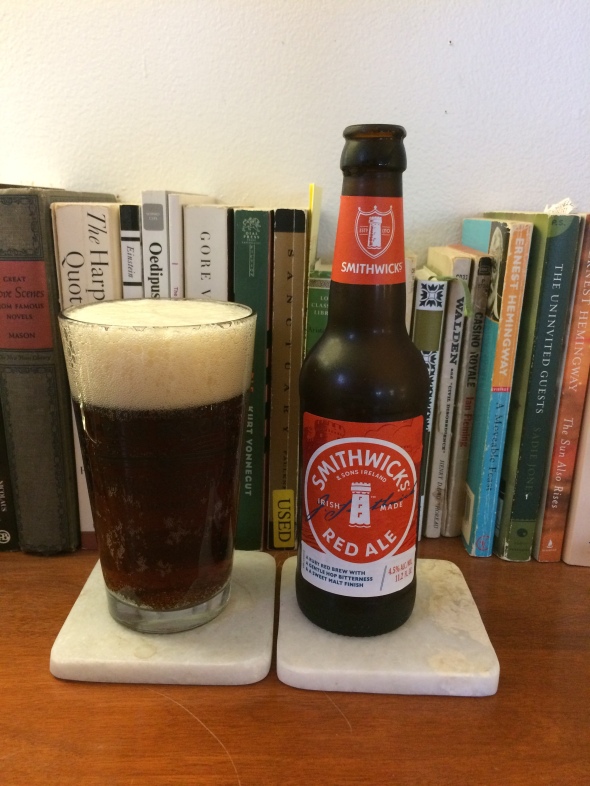 Beer of the week: Smithwicks Red Ale – When the nobles pressured Edward II of England to exile his favorite, Gaveston, he made him Lord Lieutenant of Ireland. This red-brown ale comes from that very island. It has an aroma of toasted malt. The flavor is nicely balanced between that toasted malt and a bit of hops bitterness.

Reading of the week: Edward the Second by Christopher Marlowe – This scene shows Edward II of England as neither saint nor devil. He is misled by ambitious underlings and lets his affection for his favorites interfere with his decision-making. But that does not render him totally incompetent. The rebellion that ultimately leads to his downfall is a back-and-forth affair; at one point Edward captures and executes several of the leading nobles, nearly ending the revolt.

Question for the week: What is the best defense against the worst people coming to power?